Most social processes, including economic ones, are strongly influenced by the development of technologies. Traditional market relations are slowly transforming into a more relevant system for society. The existing economic model can confidently be called outdated because it no longer aligns with the needs of a modern person. 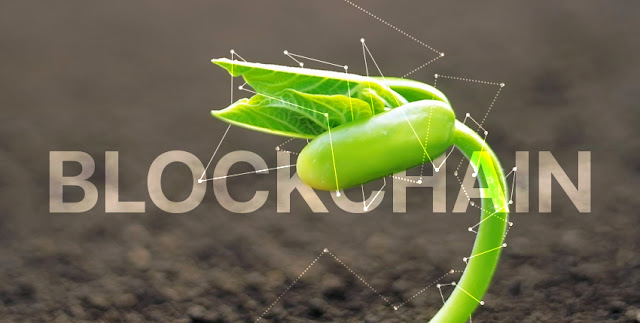 Global economic conditions are closely connected to other everyday mechanisms whose operation is also, unfortunately, not always up to par. A bright example is a catastrophic condition of global ecology, which is currently a serious social matter. Technological progress also has a negative side in the way it affects the environment. Every day we witness severe consequences of human activity on the planet. Ignorant waste utilization in the form of landfills, industrial pollution of air, water and soil that, in turn, cause extinction of many animal species, loss of essential resources and worsening of conditions of human life. It is unfortunate that, despite such a leap in development, society pays way too little attention to the matters of environmental protection. State environmental agencies do not have sufficient financing for research and solutions to the problems in this field, which is why responsibilities rest mostly on the shoulders of volunteers and charity funds. But this is not enough to have a significant impact on the current conditions.
International environmental organizations are searching for alternative ways of improving the situation. First of all, it concerns the matter of attracting investments to projects for nature preservation. As of today, hundreds of programs aimed at the ecosystem recovery have been created and sponsored by means of Blockchain. For example, Zero Carbon is a Blockchain project that was developed to popularize the use of renewable energy sources and reduce the amount of greenhouse gas emissions into the atmosphere. This startup can improve climate conditions and significantly lower the risks of environmental disasters (tsunamis, hurricanes, ozone holes and glacier melting).
In 2018 alone, the number of cataclysms of various intensity around the world amounted to thousands. If we do not enforce the correct attitude towards environment onto our society, the situation will only get worse with each passing year. Everyone should realize that ecological resources are finite, and our duty is to preserve them.
According to Oxford professor Guillaume Chapron, Blockchain is a technology with a number of unique features that could help to slow down the ecological decline of the planet. With the use of computer code algorithms, we can at least monitor the sequence of natural resources consumption and poaching while completely avoiding the influence of the human factor on these processes. For example, when cutting forests, wood can be assigned a unique hash, which will change every time materials are transported or resold. This way, the final buyer can figure out where and when the trees were cut down and if there was a permission for that.

Blockchain and the Animal World

Most countries have their versions of the so-called cadaster of the animal world, which lists the representatives of flora and fauna that are on the brink of extinction. This document includes the information about the environmental status, number and fertility dynamics of the endangered species, their spread in the territory of a country or a region, resource significance as well as effectiveness and sufficiency of protection measures. The document also states the need for constant development of methodological recommendations regarding the census of rare species. Taking into account the colossal technological leap, it is entirely possible that very soon Blockchain will be used for this purpose. It is obvious that decentralized digital ledger is a perfect accounting method, when compared to the existing strategies. Such a document will be impossible to forge or modify, which will increase the chances of saving the endangered species through proper records.
To demonstrate modern recording methods, let us take the decentralized Bitbon System as an example. Despite the fact that the System is first and foremost a financial platform, its key technology is Blockchain, which makes it multi-functional. For instance, if we publish the recorded data on the number of chipped animals of a certain species in the Bitbon System, the entered information will be impossible to alter. The changes will be visible only if the animal dies — it will be shown in a separate block. Therefore, the chipped animal will be extremely hard to sell (even on the black market) because tracing back its origins and habitat will become a lot easier, which entails criminal liability for both the seller and the buyer.

Blockchain as Means for Charity

Ecological problems concern everyone, which is why the majority of projects related to solving issues of environmental nature are charity-based. It is well-known that finding a safe Blockchain platform to finance non-commercial projects is quite difficult. There were a lot of instances when the money had been raised, and the ICO simply closed and disappeared. It is the other side of crowdfunding platforms, which exist outside the legal field. But the Bitbon System is an example of a universal platform for conducting both commercial and non-commercial activity within legal boundaries. It gives an opportunity to implement virtually any project with minimum expenses, which is very important for the creators of charity campaigns. The Bitbon System participants can present their concept without a business plan, entrepreneurial experience or set initial capital. The System is designed in such a way that almost every promising offer will be financed, implemented and fully protected by law.
Blockchain is one of such progressive technologies that have made a commercial breakthrough. Many call it the fourth industrial revolution. Versatility of Blockchain can be used in nearly every area of human activity, which will eventually lead society to a new, smarter and safer way of life.

Investing In Real Estate With Iras

The Basics of Cryptocurrency and the Way It Works