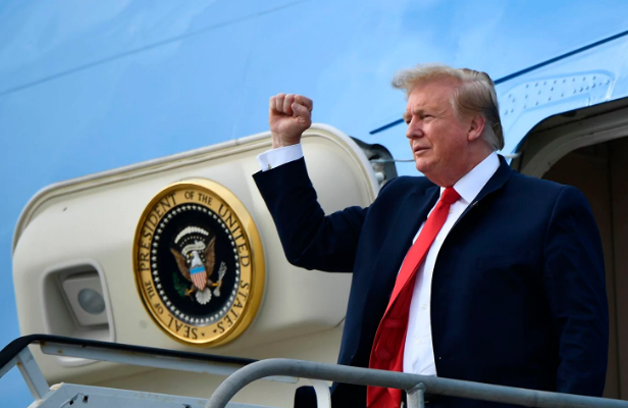 Lawyers for President Trump called Congress’s demands for his tax returns unconstitutional Wednesday, urging a federal judge to block a House Oversight Committee subpoena for years of his financial statements.

In a 24-page filing, Trump’s legal team asked the D.C. court to block a committee subpoena to Trump’s accounting firm, Mazars USA, saying the panel’s demand “lacks a legitimate legislative purpose.” Even if there were one, Trump’s lawyers argued, the newly elected Democratic-led House overstepped its authority by passing a campaign finance and ethics bill as its first legislation in January that would require, among other things, the president and the vice president to make public 10 years of tax returns.

“H.R. 1 and any similar proposal to regulate the President’s finances would be unconstitutional. Congress cannot interfere with the Executive’s execution of his duties, or add qualifications for President,” wrote Trump’s attorneys, led by William S. Consovoy of Arlington, Va.

Trump’s lawyers argued that the president’s past personal dealings are irrelevant to the legislative branch’s duties.

Trump is fighting with Congress and others on multiple fronts to prevent his private financial information from being released to the public.

The New York state Senate passed legislation Wednesday that would allow Trump’s state tax returns to be turned over to congressional committees, and House Speaker Nancy Pelosi (D-Calif.) argued that new disclosures by the New York Times about Trump’s tax filings from 1985 to 1994 should compel the administration to withdraw its objections to releasing returns since 2013.

In addition to the House investigations requesting Trump’s banking records, tax returns and statements from his accounting firm, his company faces inquiries from New York state regulators and is defending itself against plaintiffs in two lawsuits alleging that his company violates the Constitution by doing business with foreign governments.

Deutsche Bank and Mazars, which Trump sued after each was issued subpoenas by House committees, were reliable partners of Trump’s as he emerged from his debt-fueled bankruptcies in the 1990s to own golf courses and hotels in New York, Florida, Las Vegas and elsewhere in the United States.

While other investment banks shunned Trump after his failures in Atlantic City, Deutsche Bank issued hundreds of millions of dollars in loans to Trump in the decade leading up to his White House run, allowing him to acquire or develop properties including his luxury hotel in Washington, the Doral golf resort in South Florida, and his hotel and residential tower in Chicago.

Many of the loans were issued by Deutsche’s private banking unit, allowing him to borrow amounts that experts said other banks were not likely to approve.

Mazars, a Long Island accounting firm, for many years helped Trump prepare “Statements of Financial Condition” — documents in which Trump repeatedly inflated the value of his own holdings and often omitted liabilities.

Cummings’s attorneys called the lawsuit a long-shot bid to delay the unearthing of politically damaging information about Trump until after the 2020 election, and to obscure from the public ongoing conflicts of interest by officials charged with executing the nation’s laws.

Trump’s counsel argued that the committee sought “limitless power to subpoena the records of other executive-branch officials, members of Congress, and the federal judiciary.”

If they are wrong, the panel would only have to wait until the case is over to enforce its subpoena, they argued. But if Trump is right, they said, he and his businesses “will forever lose their chance to test the subpoena’s constitutionality because their confidential financial information will be disclosed.”

Jonathan O’Connell contributed to this report.